Nicky Jolley, the founder and managing director of Darlington-based HR2day, is urging the government to make an essential change to the furlough scheme, which she says, leaves many North East businesses vulnerable to making redundancies or even closure.

Currently, the furlough scheme covers up to 80 per cent of an employee’s salary for the hours they cannot work, up to £2500 per month, providing they were on the payroll as of 30 October 2020. Nicky is calling for this date to be extended to 4 January 2021 to make allowance for businesses which took on new staff before the most recent lockdowns were announced in November 2020 and January 2021.

Nicky said, “The furlough scheme has been a crucial support to businesses nationwide since March particularly for those which have either been forced to close or unable to operate at full capacity due to the coronavirus pandemic.

“Despite making a number of changes to the scheme over the past nine months, the government has not yet met the needs of many businesses which took on new staff in the Autumn or in time for looking ahead to the new year, leaving them with the difficult choice of either making redundancies or facing spiralling personnel costs they can ill afford.

“I’m urging the chancellor to reconsider this date to safeguard jobs and protect struggling businesses, many of which especially in the hospitality and leisure sectors, are already struggling to pay the tax and National Insurance contributions of current furlough arrangements.”

Nicky is also reminding businesses to make full use of the existing furlough scheme which includes ‘flexi furlough’ and the ability to claim 80 per cent of staffing costs for paid bank holidays.

Nicky continued: “Business leaders need to ensure they’re fully up to speed with what they can and cannot access in terms of financial support.

“The so-called ‘flexi furlough’ means that employers pay their staff in full for hours worked but can claim 80 per cent from the government for any time they have been unable to fulfil their duties either because of reduced demand or workplace closures.

“It’s important that organisations act fast because for those already working under the flexi scheme, employers may be able to make claims for the Christmas bank holidays. 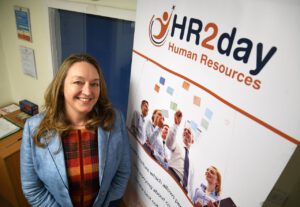 “For any new furlough claims, it’s important to remember that a furlough agreement needs to be in place between the employer and employee.”

Here are some of the business we already work with…